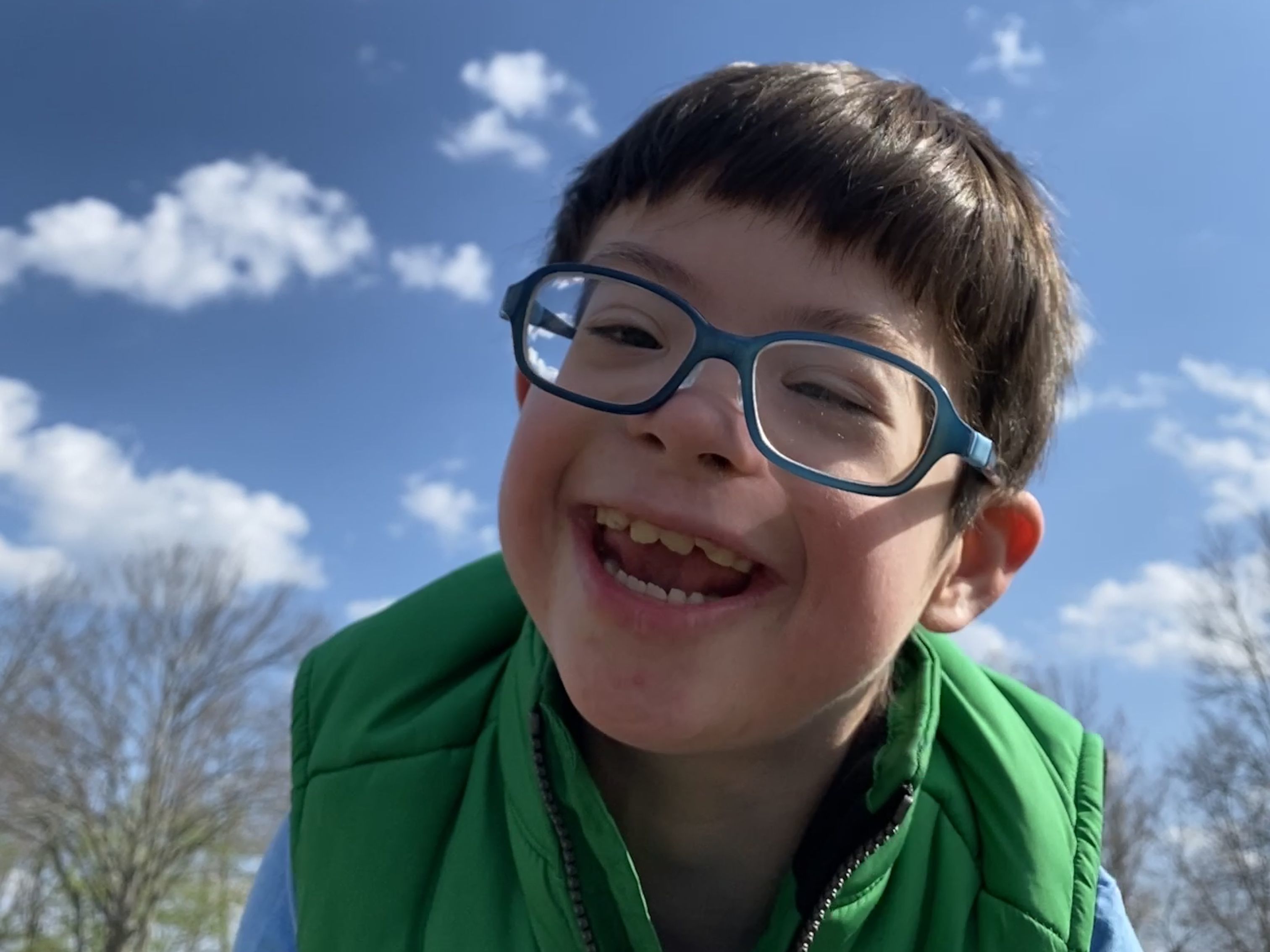 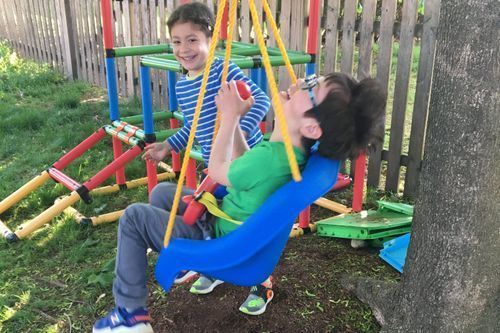 This 7 year old loves running, popping bubbles, and swinging outside. Sam also has Down syndrome and Autism.

“There were a whole range of thoughts when we received Sam’s diagnosis of co-occurring DS and ASD, but I think the biggest one was relief.  We finally had a name for why Sam wasn’t like other kids with Down syndrome, and we could now move forward with getting him services that would help him learn best.”

“The biggest advantage that an official diagnosis provided was access to in-home ABA therapists.  A benefit that we didn’t expect was that it helped us communicate better with our families and close friends about why Sam interacts with people differently than typical kids.  We were fortunate that Sam’s services at school didn’t wait for an official diagnosis – he had already been placed in a classroom that used ABA-based practices for about 4 months before we had an official diagnosis.”

Learn more about Sam in the words of his mom, Michelle, in this Q&A:

What lead you to getting your son, Sam, evaluated for an additional diagnosis of Autism?

Sam attended our town’s inclusive pre-school and had an amazing, loving teacher who connected with him and tried to include him in everything.  For example, when he got an AAC device, she did too, and it became part of the class circle time routine.  After spending two years in her classroom, we knew that she both understood Sam and really cared about him.  As we journeyed with her in those two years, we all came to understand that Sam learns best when he’s one-on-one with a teacher in a low-sensory environment.  He needs lots of repetition to really master a new skill.  The combination of Sam’s IEP meeting, a visit to Boston Children’s Hospital Down syndrome clinic, and a discussion with a mom in the Down syndrome – Autism connection group confirmed to us that it was time to seek a professional evaluation for autism.

In what areas has the co-occurring diagnosis caused struggles?

I think that communication is the biggest struggle.  I don’t know where we would be without Sam’s AAC device.  It doesn’t fix everything, but it is a huge lifesaver.

How would you best describe your loved Sam, what makes him happy?

Sam loves running, popping bubbles (especially with his chin), and swinging outside.  He thinks Green Eggs and Ham is the best book ever, and he laughs and laughs when we get inside a blanket tent.  I think it’s fair to say all of us in the family do anything we can to earn one of his big smiles!

Name the ways the Down Syndrome-Autism Connection has helped you navigate Sam’s diagnosis.

I reached out to the Down Syndrome-Autism Connection group when we were first considering whether to get Sam tested.  By speaking with another mom of a child with DS-ASD, I learned more about her daughter’s learning style.  I could see those same traits in Sam, and it was really that conversation that gave me enough confidence to sign Sam up for testing.

Since Sam’s diagnosis, we have benefitted from literature that the Down Syndrome-Autism Connection sent us.  I also feel supported with their monthly Zoom calls, and the Facebook group is an endless source of laughs, some tears, and above all great ideas from all the other families who have similar experiences.  Connecting with these families makes me feel like part of a community and not alone in our journey.

What is something you could tell the world about someone with co-occurring Down Syndrome and Autism that it may not know?

Just because Sam isn’t looking at you doesn’t mean he’s not listening.  Just because he’s not engaging with you in a typical way doesn’t mean he doesn’t want your friendship.  Spend the time to get to know him and his interests, and you will be rewarded by knowing someone who is bright, witty, and energetic.  And when you really know him, you may get to see his eyes and his smile.  It’s worth it.